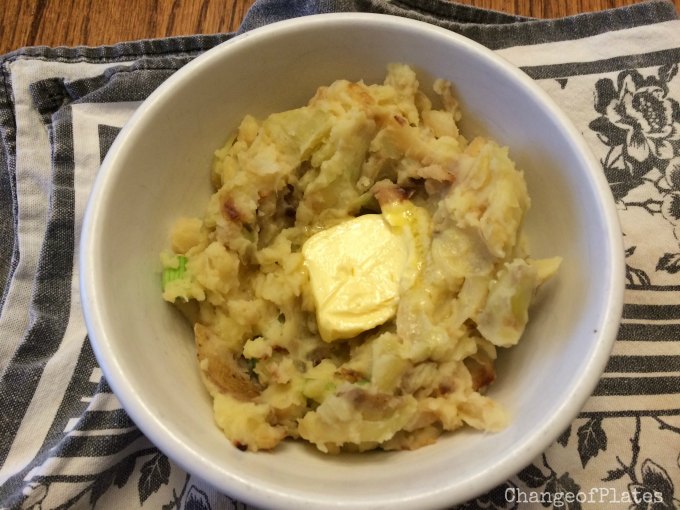 Snow day number 9 … and the first day of Spring.

Seems an oxymoron and yet … here we are.

Typically at this point, I’d be ready to put my kids up for adoption, but this year, and this snow day in particular, has been surprisingly delightful. Yep. I did just say that. Daring to step out of the establishment … flying in the face of expectation. Not lamenting the fact that they’re off another day.  No frustration that they’re not in school and that they’re driving me nuts. We’re not talking Brady Bunch here, so don’t get carried away.

And let’s just keep this between us, shall we. I don’t want to damage my rep with the other moms in the neighborhood.

This year we have had so many consistent snow days that we have actually figured out a “snow day routine.” It’s really been quite lovely.

I was even able to knock a bunch of things off my to-do list this morning and, as an added bonus, I declared this our “St. Patrick’s Day Do-Over.” My being sick caused it’s postponement from the actual day-of, and I still had all of the ingredients that really I didn’t feel like re-purposing.

And … as an added, added bonus, I got to spend some time in the kitchen, enjoying the cooking of a meal without slaving over it or feeling rushed to get it on the table at a certain time so that someone can get to a certain place for a certain activity.

That, my friend, is the real beauty of the snow day – the removal of {most} obligations. I do secretly relish that part. Which, I guess, is not really a secret anymore because I just told you. I guess I’m inclined to spill all my dirty secrets today.

I had never heard of Colcannon until about 2 months ago, as I was searching for an actual recipe for a dish that my family makes called “yamoose” (honestly I’m not even sure if that’s how you spell it) that’s basically potatoes, cabbage, and kielbasa steamed together with yellow mustard, salt and pepper. Say what?

Your response is apparently not unfounded. There is absolutely nothing out there about yamoose, but it does have a close relative in Colcannon: mashed potatoes with cabbage or kale or some-other-green and some form of onion. I filed it into the memory as a must-try for this St. Patrick’s Day.

And, in a moment of Irish luck (and thanks to my Pocket), I actually remembered to dig it out of my memory when planning the menu for this year. Go, me.

I wasn’t sure how the band of three merry young men would react, but I figured it was worth a try.

Print
Prep time
10 mins
Cook time
20 mins
Total time
30 mins
Author: Tracy Becker
Serves: 6
Ingredients
Instructions
3.2.2925
The cabbage in this is delicious (so says the girl as she pats herself on the back). I left some out for Mr. Selective and Big Britches who don’t prefer mashed potatoes. They wouldn’t eat it because “it smelled” but The Man and I thought it was super yum as it was. I think if add some caramelized onions … presto! – a new veggie for {some of} us.

Love those little nuggets of surprise that come out of a mixed-up snow day/first day of spring.

And now the time has come … admit it … are you one of those parents who complains about snow days but who secretly loves them? I promise I won’t tell anyone … 😉 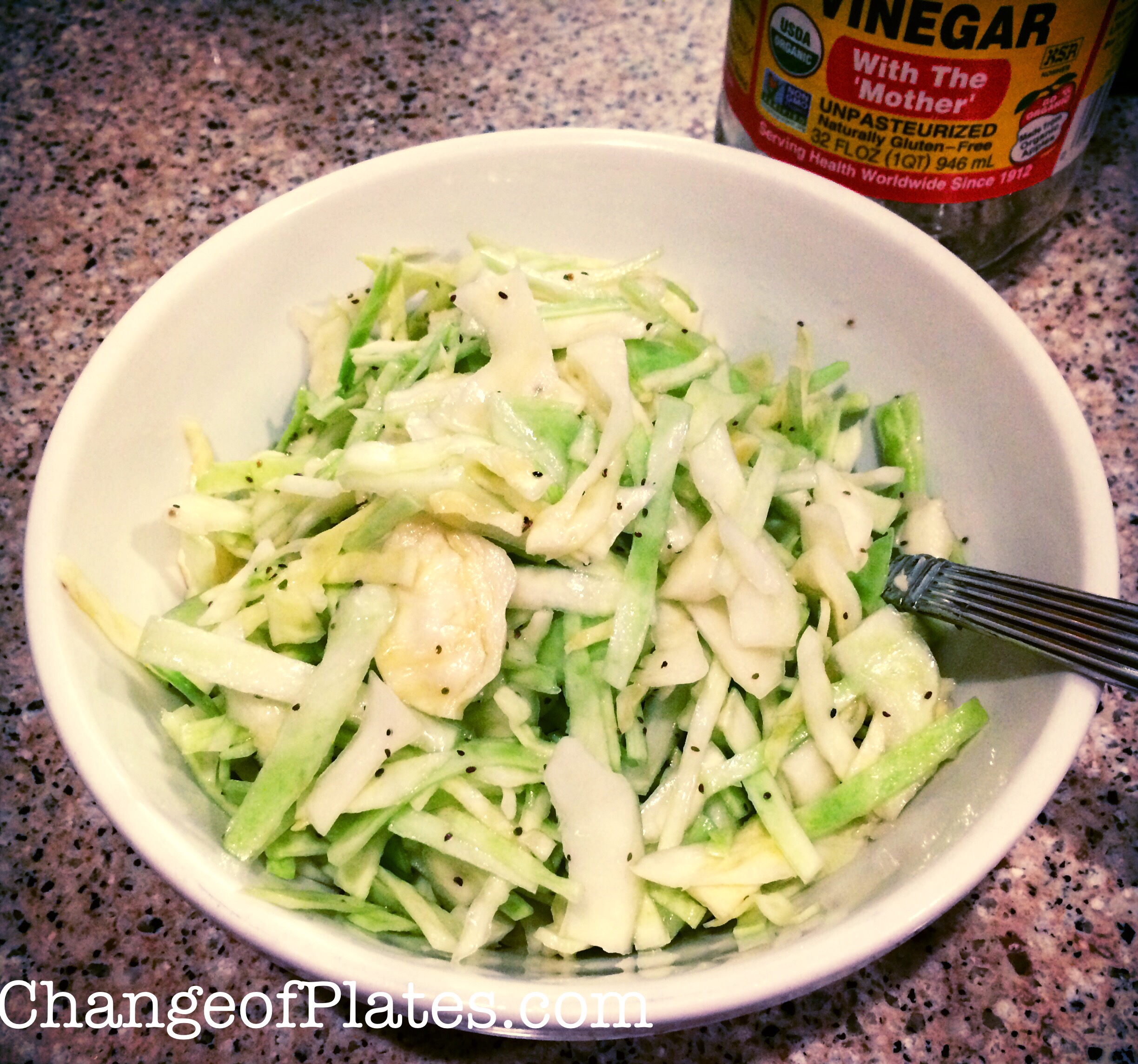 Arguably the most iconic restaurant in Pittsburgh is Primanti Brothers. All the cool people just call it Primanti’s.

I am not cool. I do not like their sandwiches – less-than-stellar sandwich meat jazzed up with fries and their own homemade coleslaw.

If I weren’t married to a Pittsburgh native, they likely wouldn’t let me near a river, much less past the city limits. It is that ingrained in the constitution of their being.

I make no apologies.  I have tried, I really have, but I just cannot make myself like their food. For me, it’s just missing something. Like flavor.

The coleslaw, however, now that’s a different story. It is vinegary cabbage-y deliciousness.

A couple of years ago when the Steelers were in the Super Bowl, I found a recipe in the paper for a copycat Primanti’s slaw.  It was a good starting point to use for what has ultimately become a family staple.

Print
Author: Tracy Becker
Ingredients
Instructions
Notes
The vinegar that you use will have an effect on the flavor. I use Bragg's and sometimes other brands, but always unfiltered raw vinegar. The commercially available apple cider vinegar just doesn't have the same flavor profile and may not produce the same level of deliciousness.
3.2.2925
Okay, so it’s not really a family staple, as the kids don’t eat it. But The Man and I have been known to barter over the leftovers because this is exceptionally good the next day. 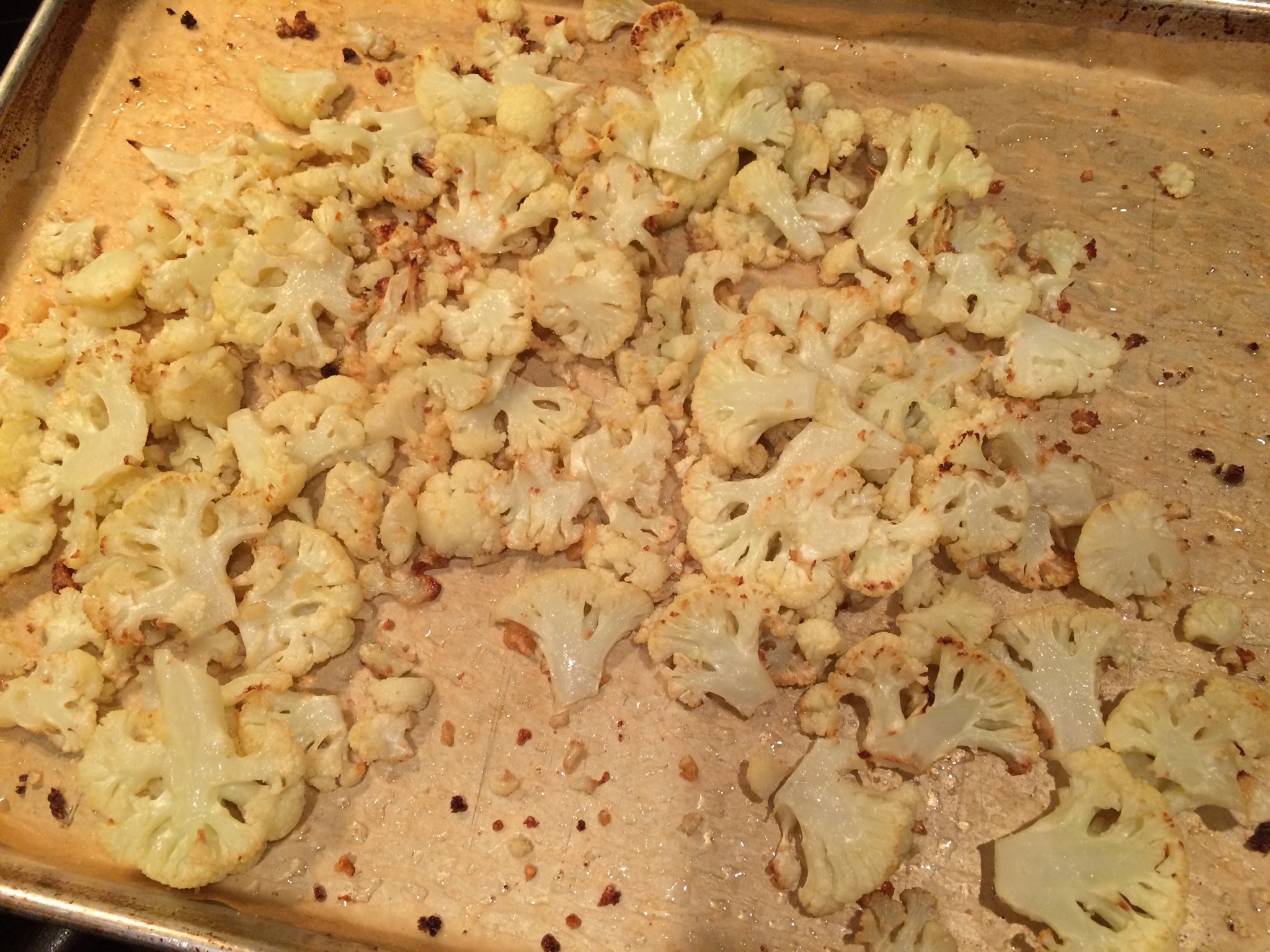 Mr. Selective came home and was in a mood.

He asked to go to The Bread Guy’s baseball practice with The Man (also the coach). He said yes.

I said no. Because I do aspire to be the most evil mother on earth.

This served to improve his mood not at all and resulted in throwing chairs and screaming. And of course I remained calm and collected and handled it in a mature, textbook-parent sort of way. Bwahahahaha!

No. No, I didn’t. And that’s where we’ll end this part of the story.

The cherry on top of this evening was that I made two of his favorite things for dinner … Burgers. And roasted cauliflower.

He ate peanut butter and jelly. (The only time he eats this happily is when there is an less desirable option for dinner.)

Now, I am not a fan of mushy veggies. Or cauliflower. Or leftovers.

But I love this as a side. And as a leftover.

Sometimes you just step into a pot of lucky.

Print
Author: Tracy
Ingredients
Instructions
Notes
Depending on the size of your head, you may need more oil. The head of cauliflower - not your actual head. If you are a garlic lover, you can add more garlic for a stronger flavor. Similarly, if you like the cheese, add more cheese.
#version#
The Bread Guy will eat this, unhappily and usually against his will, but he does it. Big Britches won’t touch it.

Give it a shot. It’s a delicious way to eat cauliflower.

I’d suggest, though, that you try it on a day that the furniture isn’t attacked by your grumpy 7-year-old.