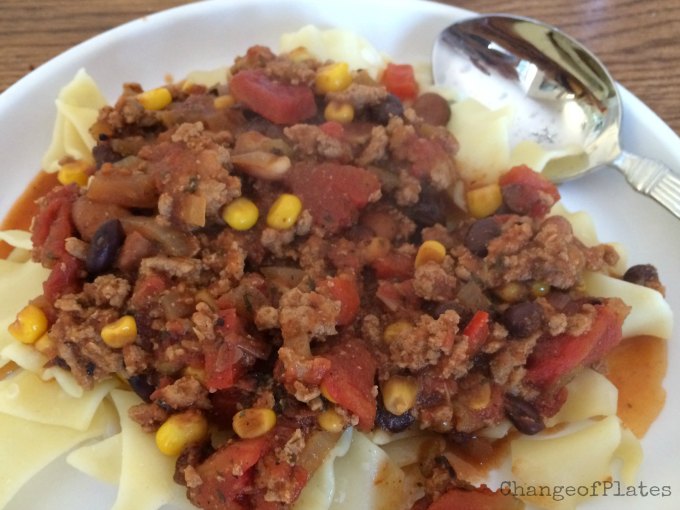 Or is that overstating?

Seriously, though … this must hold some kind of household record for most weeks spent on a meal plan without actually being made. I could take the time to look back and count, but I’m feeling lazy at the moment and so I’ll just send you to the page with our meal plans and you can look. If you really want to know and you’re not being lazy, of course.

This Southwestern Goulash recipe is one from our archives of things-we-made-often-before-kids-but-haven’t-made-in-years-because-we-forgot-about-it. (And because they don’t love dishes like this.)

The Man actually clipped this Southwestern Goulash recipe (you know, with scissors) from the Washington Post many years ago when we still got that paper (we are one of those rare households that does actually still get a local paper delivered and even reads it). I kept that clipping for a long, long time. Of course, due to my incapability (you know – the one that prevents me from making something the same way more than one time), I have changed it significantly from what it was on that clipping – obviously for the better – and so, somewhere it ended up in the recycling.

Now I wish I’d kept it. Just so I could share it with you.

Print
Prep time
15 mins
Cook time
35 mins
Total time
50 mins
Author: Tracy Becker
Ingredients
Instructions
Notes
You can easily make this in a crock pot. Brown the meat first, add to the crock pot with everything else and cook on low for 3-4 hours.

I double and triple this recipe because it freezes nicely and makes a perfectly easy out-of-the-freezer, busy-weeknight meal.
3.2.2925
Southwestern Goulash is hands-down one of The Man’s most favorite dishes. “Easily in the top ten.” He was incredibly bothered by the roller coaster of excitement and disappointment that resulted from its being pushed from the plan so many weeks in a row. Poor guy. The kids, though, not so much. They all tried it … that’s all I’ll say about that.


Do you have things that you made before kids but don’t make as much now? Any good old newspaper recipes? 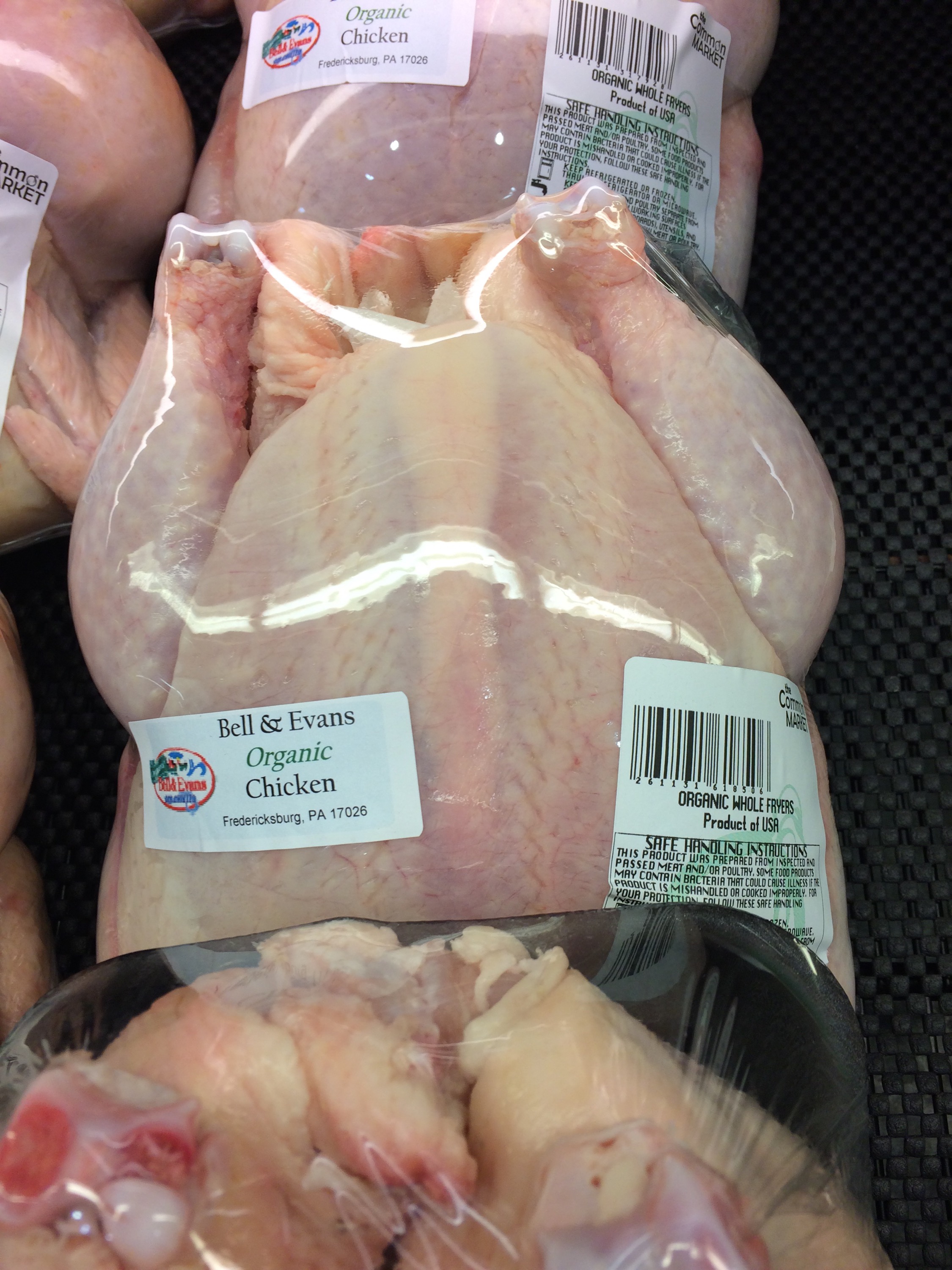 There are posts all over the blogosphere about how to stretch a chicken.

You know, grab it by its legs and pull really hard … bwhahaha! Right, stick to the day job.

Because when I make a chicken, it’s gone in like 17.2 seconds. Definitely no room for 16 more meals after my family is finished with it.

I do save the bones to make bone broth but that’s as far as it goes.

I can however, combine a whole chicken with a package of legs and thighs and make something usable beyond just one dinner. Not necessarily something that they will all eat because that might very well be deemed impossible, even in a world where everything is possible.

I only use about half the broth for the stew, so I took out the chicken and scooped out the broth that I needed then added the legs …

… which I had warmed first. Never put cold items into a hot crock pot – the ceramic doesn’t prefer it … not that I would know ..

… and some water to make up for what I took out. Kept it cooking until the legs were done. I pulled out the chicken legs, strained the broth, and shoved it all in the fridge for chicken noodle soup later in the week.

At the same time, I roasted the chicken thighs in the oven for my children who have an innate inability to recognize good food and would not eat the stew. Since they only ate a couple of the thighs, I saved the meat for the soup.

And I saved all of the bones to make bone broth after I make the soup.

So much multi-tasking and productivity without much actual effort beyond making dinner. Awe. Some.

Even better … dinner for Tuesday night is mostly already made. Bonus!

So, if you consider that the stew makes 8 servings for us (12 if you don’t have The Man eating it), the thighs make a dinner for the kids, and the soup is at least 8 servings. That’s 23 servings in total. For our alternate-universe family of five, in which the children eat stew and soup happily and in volume, that would be 4 meals plus some.

One Chicken. Some Parts. 4 Meals.

That’s as far as I can stretch a chicken. 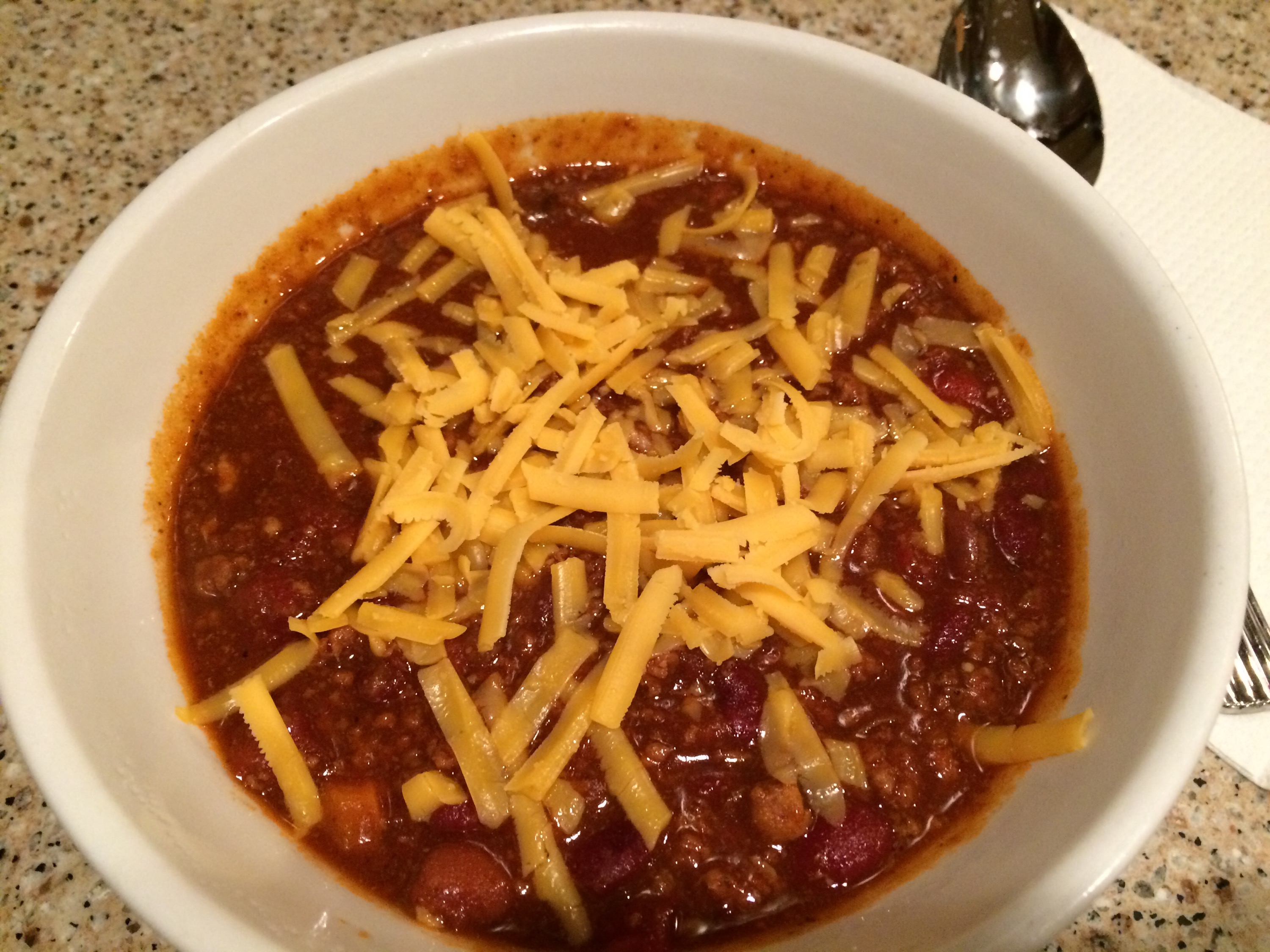 My dad is a chili lover. My mom is not.

I have always been on team Not Chili Lovers. Just not a fan of spicy food, which is kind of and mostly necessary to a good bowl of chili. Also not too fond of it’s density – like eating a giant bowl of meat and beans, with some oh-by-the-way veggies thrown in for flavor.

Lucky gal that I am, though,  The Man could be the quarterback of team Chili Lovers. He loves his chili.

And so I make it. Mostly for him. And in the name of good wifelihood. But also  so that my children have the opportunity to fully embrace the chili eating experience, in order to someday make their own fully-informed choice of team.

Big Britches walked in the door from school, “What is that delicious smell?”

“Because if I tell you, you’ll say you’re not eating that.”

“I’m not eating that either.”

Print
Prep time
30 mins
Cook time
3 hours
Total time
3 hours 30 mins
Author: Tracy Becker
Serves: 8 servings
Ingredients
Instructions
Notes
Crock pot directions: After adding the spices to the meat, transfer to a crock pot and follow the rest of the steps in the crock pot. You may want to omit the bone broth as the crock pot tends to make it a bit runnier.

This makes a fairly thick chili. If you like your chili a bit thinner, add more bone broth.
3.2.2925
As for Mr. Selective and Big Britches? They didn’t eat it. Wouldn’t even try it. They ate leftover sausages.

The Bread Guy – who claims to love chili – ate it, but painstakingly slowly and not a very large quantity. He did say that it was the best chili I’ve ever made. High praise coming from the kid who doesn’t often praise.

From a years-long member of the Not Chili Lovers team, I do think this is probably the best chili that I’ve ever made. Not good enough, though to sway me to switch teams.

The Man? He was speechless.

What a lucky guy to have such an awesome wife. 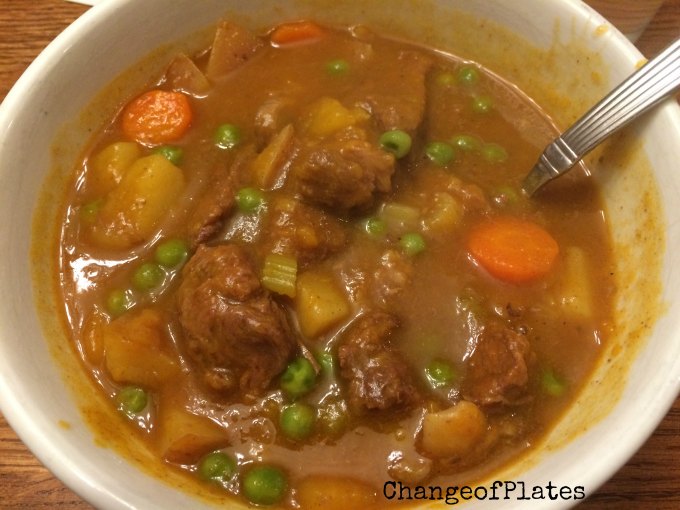 Every so often I make something new, hoping that everyone will eat it (not like it, mind you – I’ve given up hoping for that) without a fuss. And then they actually do.

This was not one of those times.

The Man and I both thought it was delish.

The Bread Guy loved it for the first few bites, then decided that he wasn’t really fond of it, but he’d eat it anyway and by the end, he was just stirring his spoon around his bowl, stalling and laboring in the way he does when we’ve served him poison. That’s what you’d think anyway. He didn’t finish it.

Mr. Selective liked the first bite, changed his mind quickly and went for the PB&J.

Big Britches picked all of the meat out and ate it (shocking!), but only because I told him I was not making a sandwich.

Print
Prep time
30 mins
Cook time
6 hours
Total time
6 hours 30 mins
Author: Tracy
Ingredients
Instructions
3.2.2925
Looking at that picture, I really can’t blame them for not eating it.  Can you? 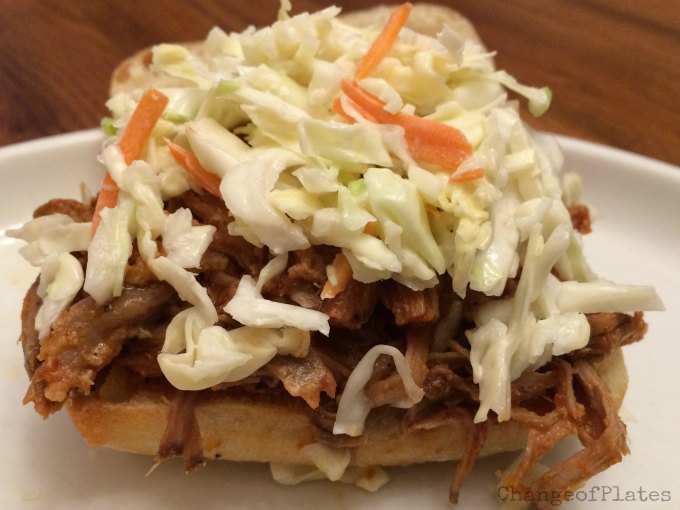 Usually I’m on my game with the food part of the day. Well-prepared and well-thought out. As the season progresses, however, I start to lose my inspiration. The weather gets less tolerable. The days can seem exceptionally long. It starts to feel all-consuming. I still put on the happy, proud-mom demeanor, but my desire to take the food-bull by the horns starts to wane.  Plan, prep and pack for the day.  Snacks, lunches, beverages.  Make sure that dinner is thought-out and ready to get started when we get home. Ugh! Small world problems, yes. But such is my life.

I hit that point this weekend. The children starved a bit. They ate crappy concession stand food. We ate out more than we should. But everyone was happy. Mostly just because I let them have a ring pop.

We ended the very long weekend with a hybrid dinner: coleslaw, french fries, and macaroni and cheese from our local barbecue joint along with the pulled pork that was waiting for us in the slow cooker (that I had in before we left).

Now, everyone who owns a slow cooker has their own unique pulled pork recipe.  Some even have more than one.  Mine has changed many, many, many, many, … times over the years, but the current version is the best because it makes it’s own barbecue sauce.  Less work.

You gotta love a pulled pork recipe that can help you to work less.

Print
Prep time
25 mins
Cook time
8 hours
Total time
8 hours 25 mins
Author: Tracy Becker
Ingredients
Instructions
Notes
You can also braise this, if you forget to put in the slow cooker. Not that I have ever done that.
If you're short on time, you can even chop the roast into smaller chunks, put the chunks in a bag with the rub, shake it to coat all the pieces, sear the pieces and then cook. It cuts the cooking time in half (or even less if you cut the chunks fairly small). Bet you didn't think anyone could use the word "chunks" so many times in so few sentences and it be meaningful.

Adapted from Food Network.
3.2.2925
Now, if you don’t own a slow cooker, you’d be wise to fork out the 25 or so beans to get one.  Especially if you’ve got kids that are interested in baseball.


It’s the best thing to happen to the uninspired baseball mom cook.

What’s a go-to recipe when you’ve been out at your kids activities all day?