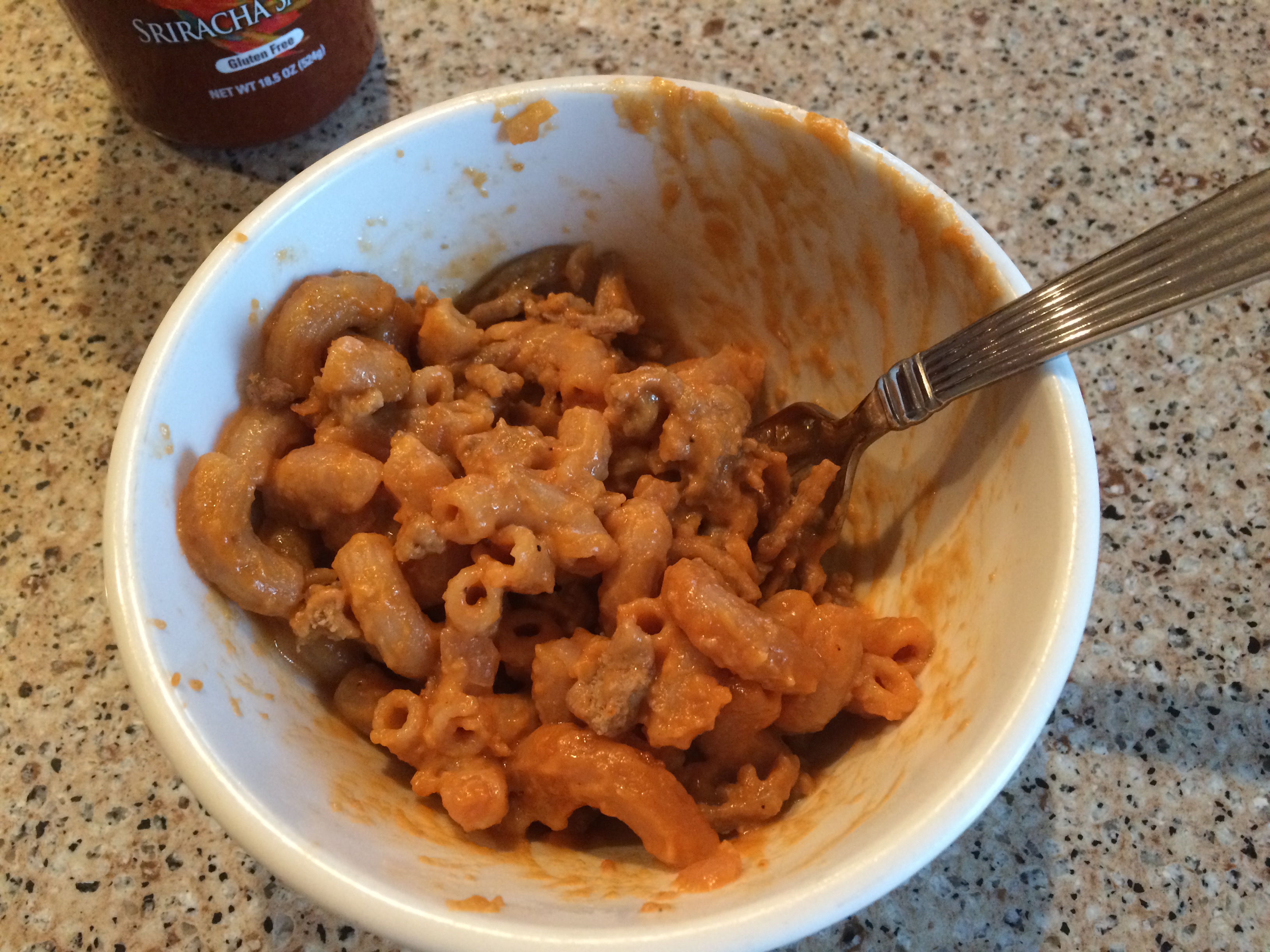 And the food choices are thin.

And you’ve used this as a convenient excuse to avoid meal planning or grocery-list making.  Because you’re just completely unmotivated.

And so you wait until the absolute last minute to figure out what to make for dinner.

The fortunes are smiling upon you, though, because you have this quick and easy recipe in your “want to try” list and you happen to have all of the ingredients.  Yay.

You hope that everyone will like it, but given the circumstances, you’re past caring.  You just want to put this one in the rear-view mirror.

And that’s when you make Cheeseburger Macaroni for dinner.

Print
Prep time
10 mins
Cook time
15 mins
Total time
25 mins
Adapted from Foodie Crush.
Ingredients
Instructions
3.2.2807
The Man was ecstatic. The Bread Guy said he liked it, but I wasn’t really convinced.  Mr. Selective refused to eat it, mainly because someone announced the presence of onion and that was enough for him.  Big Britches was initially swayed by the onion but when faced with the prospect of starvation, decided to try it.  He said he liked it, but didn’t eat much.

I was just glad it was over.

**Footnote: I forgot to snap a picture before I had to run out the door to take The Bread Guy to karate.  I took one of the last little bit of leftovers just before The Man scarfed up the last few bites.  I can barely even bring myself to include it in the post.  I promise this is so much tastier than the picture indicates.  And if you haven’t read my personal photo disclaimer, you should probably do that now.