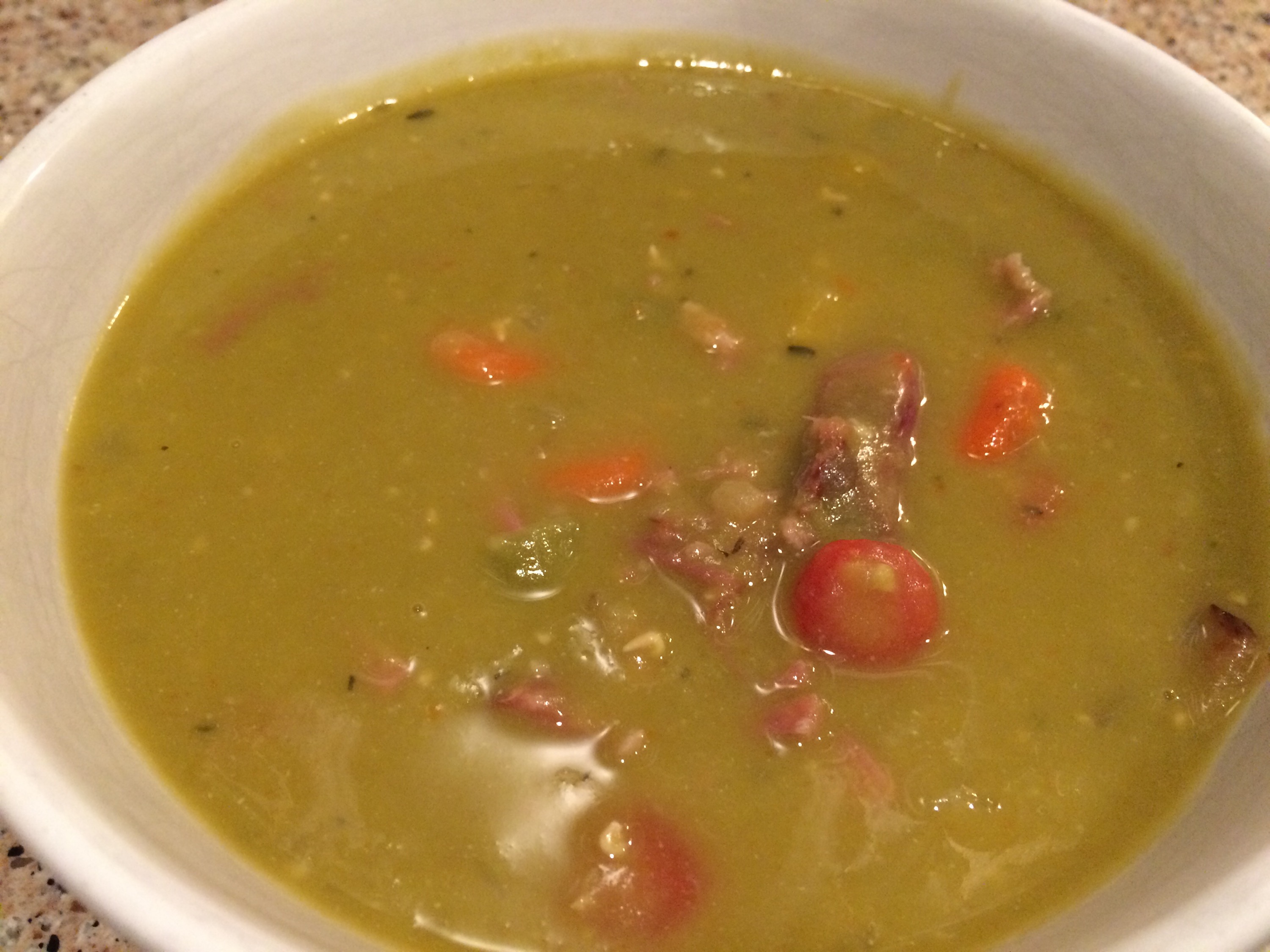 Remember my experience with the Chicken Noodle Soup?

After that, I’ve decided to throw in the towel. They’ve worn me down. No more attempts to sell them on all of the awesomeness that is soup.

For this winter only. They may have won this battle … but I’m in it for the war!

Going too far? It is just soup after all.

Does that mean “No soup for you!”? (If you don’t get this, then ask an older, wiser someone.)

Mainly because I still hadn’t made my most favorite soup of all time … the Split Pea with Ham.

When I was a kid, the Campbell’s split pea was one of my lunch staples in the winter. It disgusted me that it came out of the can in one solid lump, and it was always amazed at how after a few stirs and a couple of minutes in the microwave it would get creamy. But it was oh so tasty. In my memory anyway.

Now? Blech. I can’t remember the last time that I had that, but just writing that paragraph … well … Oooooo.

Frankly, with a Split Pea Soup this easy and tasty – who needs it?

Print
Author: Tracy Becker
Ingredients
Instructions
Notes
This soup is very forgiving (It just prefers that you actually ask for forgiveness), so you can "overcook" it if it's too runny. Just keep in mind that the carrots and celery will soften quite a bit also.

Just be sure to find a ham hock or a ham that is nitrate/nitrite free. That is one of the non-negotiables in our house. And it would ruin an otherwise perfectly good soup. Not that my kids would know.
3.2.2925
The Bread Guy usually tolerates a small bowl of this soup, claiming to love it yet laboring just enough that it’s pretty obvious that love it just too strong an adjective. He didn’t even eat it this time. Big Britches has declared, in no uncertain terms, that he does not do soup. And Mr. Selective can’t get past the way it looks.


And I didn’t even try. Not a bowl. A spoon. Or any intimation that they should sample even the tiniest taste.

But watch out boys … next winter … game on!